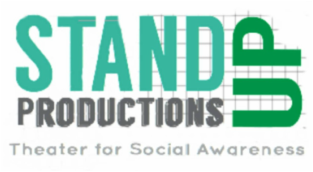 Stand Up Productions is a not-for-profit theater company run entirely by students. Our most important goal is to send all our profits to charities based on the context of the show or the director’s personal decision. We believe these acts will promote a better atmosphere, establish more fulfilling work habits, and give students the opportunity to use theater to directly benefit the community in which we live and learn.
Fall 2014 Season


All photos on this website provided by the following photographers: Claire Charland, Michelle Ferreira, Ellise Lesser, and Jessica Osber.